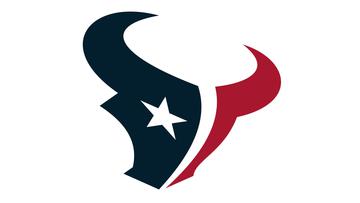 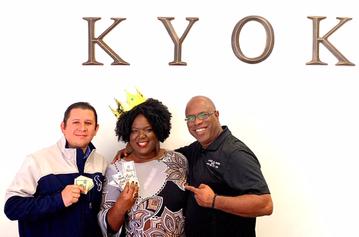 Altuve’s walk-off homerun sends the Astros to the World Series.

Houston, Tx- If you closed your eyes tonight and just listen to the fans, you would think it was October 21, 2017 all over again. On that Saturday night in front of a sold-out crowd in Minute Maid Park the Houston Astros defeated the New York Yankees 4-0 to earn their second trip to the World Series in franchise history. We all know how that ended with the Astros winning their first ever World Series title against the Los Angeles Dodgers.

If history repeats itself, the Astros will be hoisting another Commissioner’s Trophy in the downtown streets of Houston, Texas in a victory parade. They took the second step in that process by defeating the New York Yankees in Game 6 of the American League Championship Series in dramatic fashion.

Houston got a walk-off home run by second baseman, Jose Altuve to win 6-4 and advance to the 2019 World Series against the National League Pennant winners, Washington Nationals.

Altuve hit an 83-mph slider off of Yankees All-Star closer, Aroldis Chapman over the left field wall and drove in George Springer who earned a walk on five pitches to win the game and bring a sold-out Minute Maid Park crowd to its feet in excitement.

On a day where both managers decided to use a plethora of pitchers from the bullpen and save their starters for a potential Game 7, the fireworks started in the bottom of the first inning for the Astros. Altuve got on base with a double to left-center field and Alex Bregman earned a walk to put runners on first and second base with two outs. That’s when first baseman Yuli Gurriel came to the plate and hit a home run off of Yankee starter, Chad Green to put Houston up 3-0. It was his first 2019 postseason home run and it could not have come at a better time.

“The pitch he hit was incredible that he could get to it and hit the ball out of the park,” Astros manager AJ Hinch said. “He hits a lot of home runs in this park.”

New York chipped away at the lead in the top of the second inning when DiDi Gregorius doubled to right field off of Astros starter Brad Peacock and was driven home on a Gary Sanchez single up the middle to cut the lead to 3-1. Peacock would be replaced after he walked Gio Urshela to put runners in scoring position with two outs. Hinch would bring in reliever Josh James and he struck out Brett Gardner looking.

The Astros suffered a major blow to its bullpen rotation when All-Star Ryan Pressly came into the game in the top of the third inning to relieve James who had worked himself into a two-out jam as well. With the bases loaded, Pressly got Gregorius to hit a ball up the first base line. As he retrieved it and tagged him out, he came up limping. Pressly would be removed from the game after having right knee discomfort to the same knee that caused him to miss games this season.

“Pressly tweaked his knee as you saw on that play,” said Hinch. I am expecting him to be ready. It’s the World Series, it will be all hands-on deck.”

Houston received a boost from an unexpected source in relief pitcher, Jose Urquidy. The right-hand pitcher came into the game after not having pitched for 11 days and surrendered a home run to Urshela to bring the Yankees to within one-run. He would settle down and strike out five batters in 2.2 innings pitched.

Things stayed pretty quiet on both sides until the bottom of the sixth inning when the Astros put another run on the board when Altuve scored scored on a fielder’s choice to put the lead back up to two runs.

Outfielder Michael Brantley would give a new meaning to ‘Seventh Inning Stretch” when in the top of the inning, he would lay out to rob Aaron Hicks of a potential single and then spring to his feet to throw out Aaron Judge at first base to end the inning and bring the fans to their feet once again.

“I don’t know what direction the game would go if Brantley doesn’t catch that ball. It was big and stopped the momentum,” Altuve said.

Anyone who has watched the Yankees play this season knows that no lead is safe with their powerful lineup and they proved it once again in the top of the ninth inning. The Astros felt pretty comfortable sending in their closer, Roberto Osuna to the mound. He gave up a single to Urshela before striking out Gardner to bring one of the most dangerous hitters on the Yankees in DJ LeMahieu. On the 10th pitch of the sequence, LeMahieu would hit a ball over the outstretched glove of Springer to tie the game at four runs apiece.

“As that at-bat’s going on, I just felt so good about him doing something,” said Yankees manager Aaron Boone about the game-tying home run by LeMahieu. “I knew he was going to put it in play hard somewhere, and sure enough he did.”

A stunned crowd looked on as Osuna retired the next two batters, but by then the damage was done. The Astros only hope of winning the game would be if the bottom of the lineup could get hits off of Yankees fireballer Chapman who had shut the Astros bats down in Game 5.

Chapman would get Martin Maldanado to strike out swinging and Josh Reddick to pop out to third base. That would leave Springer as the last hope for the Astros to keep from going to a Game 7. With two-outs, Springer earned a rare walk.

The odds seemed stacked against the Astros with two-outs and a Game 7 was almost inevitable with the longest tenured Astros player coming up to bat. Altuve was with Houston when they went through three consecutive 100-game losing seasons, so it was only right that he would be up to bat with the game on the line.

The 2017 American League MVP swung the bat with the force and resiliency that his team, coaches, and fans in the city of Houston embodies.

Altuve was asked what he was thinking when he was rounding the bases and he answered in true Jose fashion, “I’m thinking we are going to the World Series. And then I’m thinking a lot of things. I don’t know”

The Astros are now 51-0 this year when leading by three runs at any point in the game.

Jose Altuve has hit safely in 20 straight games in the postseason.